Forgive me, pot roast, for I have wronged you. For years I had the thought of you nestled on an old shelf in my mind, covered in the dust of nostalgic memories of when my mom made you – and your classic popularity left you just out of reach of my desire to recreate you. But that was then, and this is now. I’m sorry for all of my years of ignoring you. I promise to never endure another frigid (joke) Texas winter without you again.

Now that my confessional note of repentance to pot roast is done, lemme tell ya… I don’t know why I never made it on my own until now. As the boy and I were talking about it, we both reminisced on our mothers’ versions: his made hers in a speckled blue and white pot on the stove with root veggies, while my mom slow cooked hers in a crock pot all day with a packet of some addictively good seasoning (was that french onion, mom?).

Although we have the fondest memories of it, it had never occurred to us to actually cook a pot roast on our own. Perhaps it was too protected by that nostalgic shield of a “Mom staple” growing up that would crash and burn if we replicated it. Or maybe the term “pot roast” makes me think of Jerry/Gerry/Larry Gergich from Parks and Rec in that one episode when he says, “Aw guys, Gayle’s makin’ a roast tonight” in his super-thick Midwestern accent. Or maaaaaaybe its tried and true popularity was an instant turn-off to us… We don’t want to make the thing every. single. household in America makes.

But we came to our patriotic senses, and make it we did. I finally bought some gawgeous and cheap cuts of chuck, and cleared my pantry and crisper of their hearty, healthy, beautifully bright root veggies. By the by, do you see that striking piece of hand-carved craftsmanship that looks like it was made by the one and only Ron Swanson (in keeping with the Parks and Rec motifs)? That’s a gorgeous lazy Susan wooden trivet cutting board, and my new favorite kitchen toy. We discovered the creations the wonderfully-talented craftsman, David Levy, at the Austin Armadillo Bazaar around Christmas. He’s a featured artist at Ode to Wood, and now I have a spinning cutting board that forms into all different shapes and sizes. My current favorite? Chopping vegetables and spinning to the next one. I’m like Wonder Woman in the kitchen now.

So I researched a thousand (exaggeration) different ways to best cook a pot roast, seeing as everyone has their own tried and true method. The one that spoke to me most was my neighbor to the north in the plains of Oklahoma, The Pioneer Woman. She browns her vegetables first, just to caramelize the exterior and develop a golden and savory crust. Then in goes the beef to sear, and beef broth once that is done to release the fond from the bottom of the pan. Evvvvvverything else goes back in, as well as more broth, topped with fresh sprigs of herbs. I tweaked mine just slightly, adding garlic to the mix, as well as whole chunks of earthy red potatoes.

It’s a winner, friends. A tried and true winner that we’ve made twice in the last month. The soupy, stew-y broth was absolutely soul-warming, and I’m perfectly convinced no other recipe will ever make its way through our kitchen. 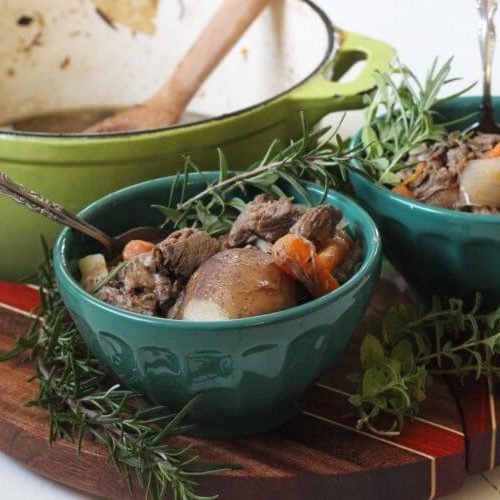 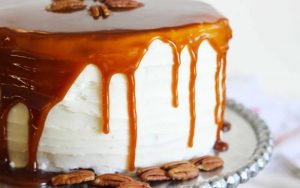 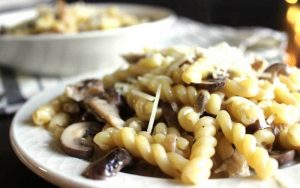 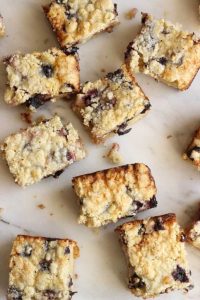 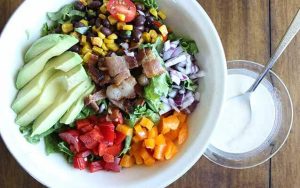 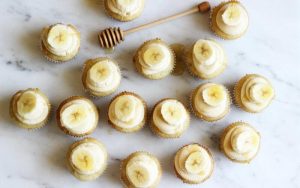 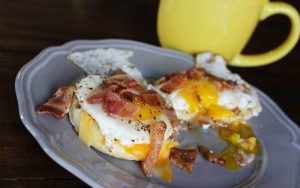 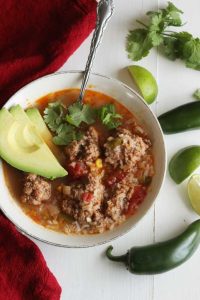